Message of the Chairman, Board of Trustees

With a humble beginning in 2002 and a mere 107 students, Southeast University (SEU) has become one of the most successful universities in the country, having the highest number of student enrolment, permanent campus coupled with state-of-the-art facility and above all, a centre of transcendence...

Message of the Chairman, Board of Trustees


With a humble beginning in 2002 and a mere 107 students, Southeast University (SEU) has become one of the most successful universities in the country, having the highest number of student enrolment, permanent campus coupled with state-of-the-art facility and above all, a centre of transcendence.

In many ways, SEU has been distinct from day one, facilitating the scope of higher education for emerging middle class, while continually thrusting for improvement and focusing on the future with a philanthropic fortitude.

For more than a decade, SEU has been the destination of talented academicians, scholars and students, having the impetus to teach, perform, create, learn and study. Amidst an astonishing diversity of programs, exploration of innovative ideas, pursuance of new knowledge and art, our classrooms are filled with vibrancy that comes from being an academy committed to research, discovery, creativity and dynamic intellectual exchange.

We take pride to be an educational institution which nurtures individual excellence and community well-being. First, let me introduce Southeast University (SEU) to you. SEU started its journey in 2002 with only 107 students enrolled in 5 different departments which is now with around 12000 students in 3 Schools 10 Departments and 19 Programs. More than 30,000 students have already graduated from this university since its inception.

You will be happy to know that since its inception, the founders of Southeast University (SEU) emphasized that education was not to be treated as a commercial commodity. They established the University as a purely non-profit institution. Every single penny from your tuition fees in excess of operating cost is invested for the expansion of the university and enhancement of quality of education.

On several counts SEU is different. You may have known that most of the private universities are moving out of Dhaka city, whereas our permanent campus is located at Tejgaon, the heart of the Capital city of Dhaka. Our campus is quite spacious with all amenities available for a world class modern university.

In terms of credentials, the university has a long history of achievements. You will be glad to know that out of 10 departments of Southeast University, two Departments have been graded as ‘Excellent’ and remaining 8 departments as “Very good” by External Peer Review Team of HEQEP (Higher Education Quality Enhancement Project), a project funded by World Bank executed by Ministry of Education through UGC.

This is further to let you know that all of our science programs are accredited. Our Department of Textile Engineering is internationally reputed and our textile graduates are being well-placed in the world market. Our Architecture, Pharmacy, Computer Science & Engineering, Business and Law & Justice Departments are highly reputable in the market. 
Southeast Textile Club organized an online Inter-college Picture and Scratch competition titled “Explore Yourself-01” on 18 September 2021 where total number of participants were 100 students from 35 colleges of Bangladesh. Md. Sharif ul Haque, President and Nafiza Tabassum Sejuti, Women Secretary of Textile club anchored the program. Finally, Mr. S M Masum Alam, Moderator of SEU Textile club delivered vote of thanks to all and declared the end. Departmental faculty members, students and guardians were present in the program among others. 
Southeast University Nature & Environment Club (SEUNEC) has organized a Nature case-solving competition titled "Construct Future with Creativity -1.0". The Webinar & Winner Announcement program held on an online platform on 10 September 2021. Students from different departments of Southeast University participated in that competition. They identified one of the problems for which nature & the environment are getting harmed gradually & explained a solution to that specific problem creatively. Mrs. Debra Efroymson, Executive director, Institution of Well Being Bangladesh & advisor of Bangladesh Youth Climate Network, was the resource person. She announced the name of the winners. In the program, Prof. Dr. ANM Meshquat Uddin, Adviser, BoT, SEU Trust was present as the Chair of the competition. Among others Jubaida Gulshan Ara, Moderator of SEUNEC and Nuzhat Nabila, Assistant moderator of SEUNEC & Students from different departments of Southeast University were present. 
An exclusive webinar session for the students of the Department of English of Southeast University was organized on the topic ‘‘Enhancing Employability skills of English Graduates’’ scheduled on 8 September 2020 in its endeavor to inform the possibilities and opportunities in the Job market for English graduates and what skills may be necessary for it. Dr. Khaliquzzaman M. Elias, Former Professor, Department of English and Modern Languages, North South University; Prof. Dr. M A Hakim, Dean, School of Arts and Social Sciences and Mr. Mohammad Rokonuzzaman, Deputy General Manager, Bangladesh Bank attended the webinar as discussants.

In the beginning, Aliya Shahnoor Ameen, Chairperson, Dept. of English introduced the honorable guests to the audience and thanked them for their time. Then, the session was presided over by respected Prof. Dr. ANM Meshquat Uddin, Adviser, BoT, SEU Trust, who firstly welcomed the chief guest and the two discussants and then commended the Department of English for their high spirit and continues efforts of imparting education even during the lockdown through online teaching. He further discussed how this webinar session might help the English graduates and current students of SEU to elevate their skills to match the demands of the Job market. Mr. Mohammad Rokonuzzaman shared his knowledge and experience of the job sector of the modern time and what skills the graduates from English will need to ensure their footing in this challenging market. Prof. Dr. M A Hakim started the discussion and he too talked about employable skills and which of them may help students during their academic years and also when they look for jobs. He also shed light on how SEU is working relentlessly and providing quality education to students, of whom many have secured high caliber jobs. Dr. Khaliquzzaman M. Elias, shared his experience as a teacher and he instructed the students about the evolving state of the job market. As an English graduate, how a student may secure a job and what skills may be necessary and how confidence plays a role in that – he talked about all of these. After this, the attending students and guests asked questions on the issues discussed in the webinar which ranged from studying abroad to possible opportunities in the field of translation literature. 
Network for International Law Students (NILS) Southeast University Chapter organized the 2nd National Poster Presentation Competition from 10 to 11 September 2021 virtually, titled on "Global Pandemic & Human Rights," with the participation from different public & private universities all over Bangladesh. On 10 September 2021, the preliminary round was held where 30 teams participated and presented their posters. Top-ten (10) from the preliminary round presented their posters on 11 September in the grand finale.

The closing ceremony was held with the gracious presence of Prof. Dr. Md. Mizanur Rahman. He gave his beautiful remarks about the posters as a Chief Guest of this segment. Mr. Ashok Karmakar, Mr. Zahid Ahammad Hero, Ms. Nasrin Sultana, Founder Trustee, NILS Bangladesh, and Ms. Luthfunnahar Shancyi, NILS Bangladesh, delivered their valuable observations to the participants. Mr. Ashok Karmakar announced the results of the final round. 
The Department of English and Southeast English Club jointly organized a Freshers' Reception & Cultural Program for the newly enrolled students of the summer 2021 semester on September 4, 2021 through Google Meet. Prof. Dr. ANM Meshquat Uddin, Hon’ble Adviser to the Board of Trustees, Southeast University Trust attended the program as the chief guest. Prof. Dr. M A Hakim, Dean, School of Arts and Social Sciences, Southeast University was the special guest while Aliya Shahnoor Ameen, Chairperson, Department of English was chair of the program.

The program was vibrant with the colorful performances of the students. They presented songs and dance performances, photo exhibitions, painting exhibitions, recitations and dramas. The students opined that such programs would revitalize their academic life and would stimulate them to engage in their studies amidst the weariness of lockdown. Among others Mr. Zaheed Alam Munna, Assistant Professor and the Coordinator, Department of English, faculty members and students also attended the program. 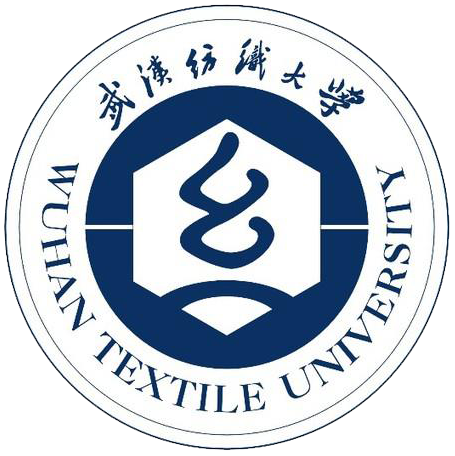